Less than a quarter of the world’s biggest companies are on course to limit global temperature rise to 1.5 degrees Celsius by 2050, according to new analysis by Arabesque, a leading provider of technology solutions for sustainable finance.

Arabesque assessed fourteen of the world’s largest stock indexes between 2015 and 2019 using its TemperatureTM Score technology, including the FTSE 100, S&P 100, DAX and Nikkei. It found that just under 25% (24.84%) of companies listed on all the indexes are aligned with meeting the 1.5 degree goal, a key focus of COP26 and this week’s Leaders Summit on Climate.

Arabesque’s data also shows that 15% of companies listed across the fourteen indexes are not publicly disclosing their greenhouse gas emissions, equating to approximately USD 5 trillion in market capitalisation. The Hang Seng Index has the highest number of non-disclosures, with 29% in 2019, compared to the FTSE 100 with the lowest at 2%. 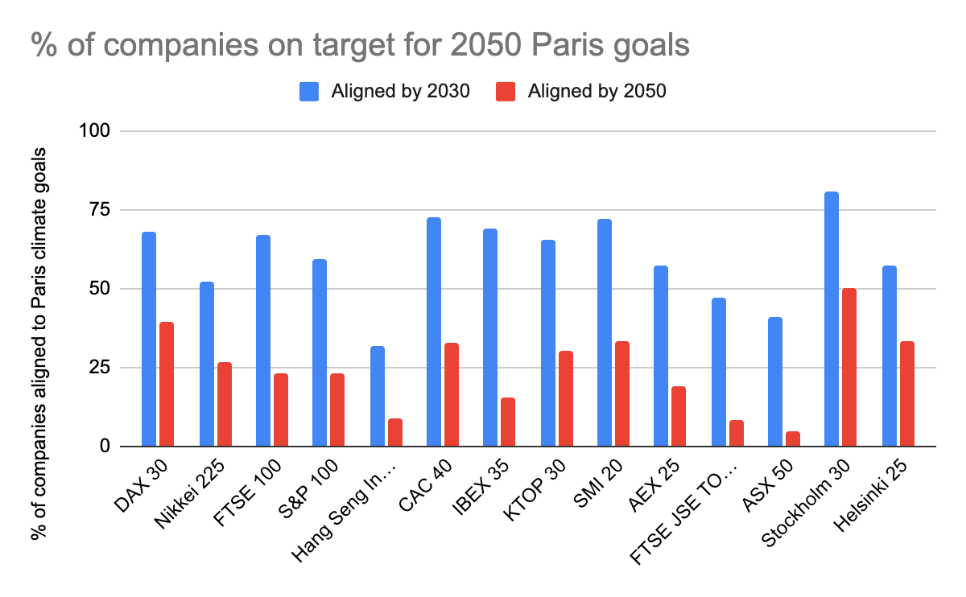 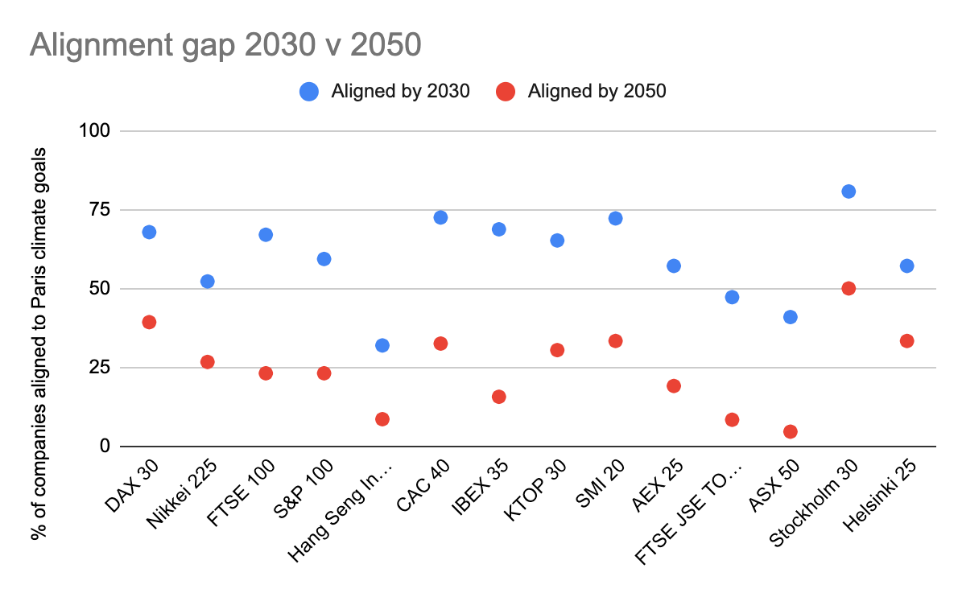 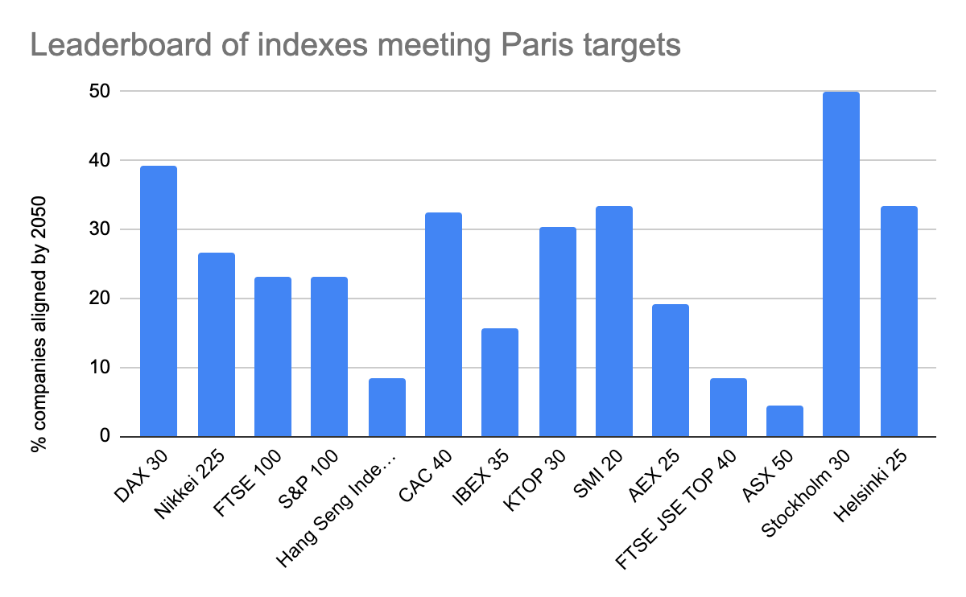 Dr. Rebecca Thomas, who led Arabesque’s research, said: “Over recent years, the quantity of corporate emissions data has increased significantly. Previous research from the Temperature Score shows that from 2014 to 2019, the proportion of companies disclosing at least scope 1 and scope 2 emissions rose by almost 25%. However, it is clear from our latest analysis that this has yet to translate into corporate climate action at scale. While overall progress is encouraging, a lot more needs to be done to keep the 1.5-degree goal within reach.”

Arabesque’s Temperature Score assesses thousands of data points to assign companies globally with a score in degrees Celsius to reflect their expected environmental impact by 2030 and 2050. Based on the new analysis of global indexes, it found that on average 70% of companies worldwide would satisfy the 2030 climate target of 2 degrees Celsius set out under the Paris Agreement, with 61% on track to meet the same goal by 2050, up from 41% in 2015 when the targets were adopted by 196 countries at COP 21. In recent years, however, scientists have underscored the need to limit planetary warming to 1.5 degrees Celsius in order to stave off the worst impacts of the climate crisis, an ambition that over 75% of companies analysed in Arabesque’s latest research are not currently on course to achieve.

Georg Kell, Chairman of Arabesque, added: “The array of public declarations and pledges ahead of COP 26 in Glasgow signifies a promising new alignment of ambitions to face the climate crisis. However, declarations of good intention by themselves are not going to lead to the required timely actions. In fact, despite the growing number of commitments, average carbon dioxide levels in the atmosphere have increased since 2015. This year is a potential turning point, offering corporate leaders a chance to think big and to act accordingly. But time is running out.”

You can find out more about which cookies we are using or switch them off in settings.

This website uses cookies so that we can provide you with the best user experience possible. Cookie information is stored in your browser and performs functions such as recognising you when you return to our website and helping our team to understand which sections of the website you find most interesting and useful.

Strictly Necessary Cookie should be enabled at all times so that we can save your preferences for cookie settings.

If you disable this cookie, we will not be able to save your preferences. This means that every time you visit this website you will need to enable or disable cookies again.

This website uses Google Analytics to collect anonymous information such as the number of visitors to the site, and the most popular pages.

Please enable Strictly Necessary Cookies first so that we can save your preferences!